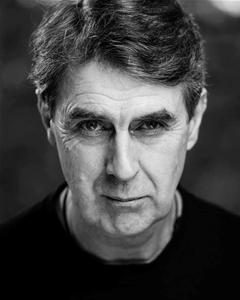 BIOG
Gerry Wade is at home on stage or on screen. He brings his experience and presence to every role he plays. He has inhabited a range of parts over the years that take in everything from your friendly barman to your worst enemy. His first screen role was in Ella Enchanted with Anne Hathaway and his most recent film appearance was in A Belfast Story with Colm Meaney.

TV roles in the successful hit Love-Hate and Raw are some of his fairly consistent parts in TV drama. Theatre roles in everything from musicals to drama to comedy are always a must for this versatile and adaptable performer. Gerry has also directed several short films and two plays but remains first and foremost a dedicated and committed actor.

About Gerry Wade…
I trained as an actor at the Brendan Smith Academy back in the day. Then, as now, gigs were in short supply. I got a regular job and hoped that one day my chance to act professionally would come. Some years back I took the plunge and while it has been rough at times I never regretted it for a moment. Some people say why, I say why not? The single most important thing you must have is perseverance. Film making is another facet of what I do. All my short films have been shown at festivals from Tokyo to Dallas and all over the UK and Ireland. If you need an actor who is hard working and reliable – look no further.Thank you for taking the time to vist this site and hope to hear from you in the future.